I recall going to Hong Kong airport and, in a glass case neatly scribbled in pencil in Chinese script, was a letter from Bruce Lee to Wong Shun Leung.  The two have an interesting history that extends into the stories that teachers tell their students behind closed doors.  They include stories such as the time that Bruce Lee would come to the stoop first, tell other students “Wong is sick today” so that, when Wong Shun Leung came, he could monopolise Wong’s time- until he received a drubbing from Wong for his deception!

Bruce Lee put Kung Fu on the map in the United States and the glamour of the silver screen rubbed off to this mysterious Eastern tradition where the unknown became alluring and intriguing.  This was a martial system with a variety of techniques with a wider repertoire and a different ruleset than boxing. The legend grew around Bruce Lee on that silver screen including the “one inch punch” and his clear commitment to mastery, showmanship and athleticism.  Over time he has become synonymous with Kung Fu and the martial arts, a legend among legends capable of superhuman feats.

For myself, the legend and myth underlie the fact that Bruce Lee was a man.  He was a real man in pursuit of film and martial excellence, but a man with vices and weaknesses of his own to manage.  What went unsaid was that Bruce Lee did not complete his Ving Tsun training nor the system, so would have been less prepared than some of the teachers and students in service today: it was said that Bruce Lee offered Yip Man money to be tutored on the dummy, and Yip Man was so insulted that Bruce was never officially taught it.  His decision to bring martial arts to the west, as well as his larger-than-life personality, made him many enemies. He pushed his body to the limit in pursuit of his art and he passed away from cerebral edema, or abnormal fluid accumulation in his brain caused by an allergic reaction to the painkiller Equagesic. Personally, I wonder if it was because of possible chronic traumatic encephalopathy (CTE) from martial practice, hence the importance of modern innovations such as predator armor.  The details are less important than that he lived and died at 100 miles per hour, and that is part of the heroic legend that surrounds his life.

Even with an incomplete Ving Tsun education, there are things worth learning from Bruce Lee and Wong Shun Leung’s correspondence with him.  In living fast, Bruce Lee trained like an athlete and moved to be in top physical shape, which is something more practitioners can and should stand to do.  He found many training partners to train with as he developed Jeet Kun Do to be specific to himself and his fight style and how that contrasts with orthodox Ving Tsun.  Fighting and testing is an important skill to train and practice beyond the set and traditional drills that are still required to develop skill in Ving Tsun. It is the difference between learning to write letters, words and sentences- sentences, in this case, means light sparring with gloves in a boxing ring is a way that makes the encounter dynamic and chaotic.   For Bruce Lee, with his truncated Ving Tsun education and the tyranny of distance, Wong Shun Leung offered Bruce Lee the following advice: if it works for you, that is the test of its rightness.  Wong similarly had to explain himself when he ended one of his Beimo (比武) by kneeing his opponent in the head. Other teachers said that was not an orthodox Ving Tsun kick, but Wong countered by saying, “closest weapon to the target is entirely consistent with Ving Tsun principles.”  Wong was oft to say that a skill should be wielded by its master, not the practitioner be the slave of such a system. Wong counseled Bruce Lee similarly when Bruce had his own questions and small misgivings as a martial man, as are any of us who practice the art.  That’s why training under pressure, being able to take a hit and acknowledging that this is a fighting skill is important to understanding Ving Tsun.  We may not all be Bruce Lee but, if you train Ving Tsun seriously, it is worth working on your fitness outside of class and having sparring matches to test ourselves.  The more dangerous thing than believing the glamour of legend is to believe that it makes a practitioner who has come after invincible, for practicing the “one true style.”  Nothing is further from the truth- instead we need fewer excuses, more practice and more pressure when training. This is to prepare the skill for if we need to employ it, and our training has readied us- we are under no delusions. 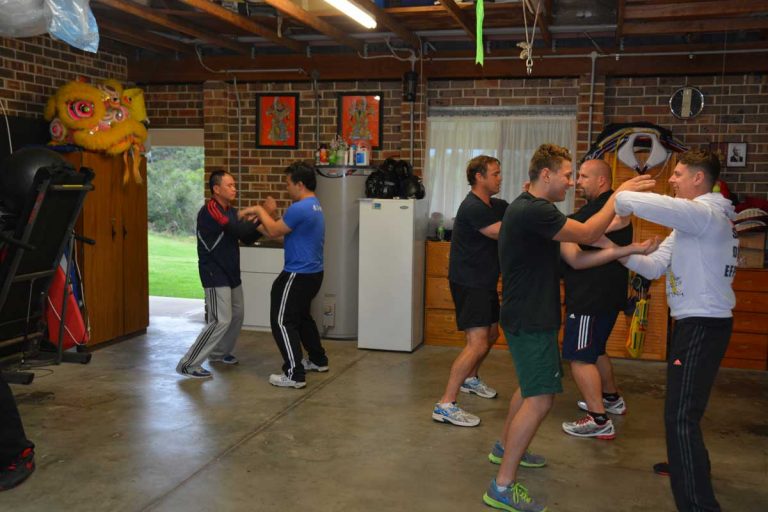 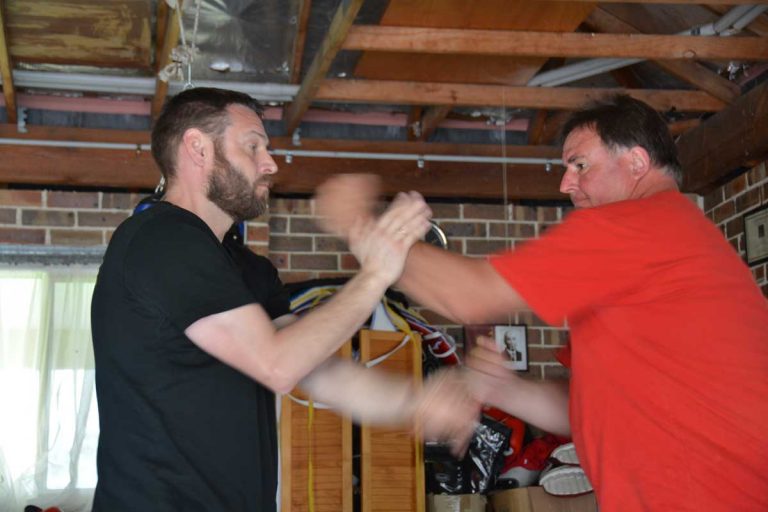 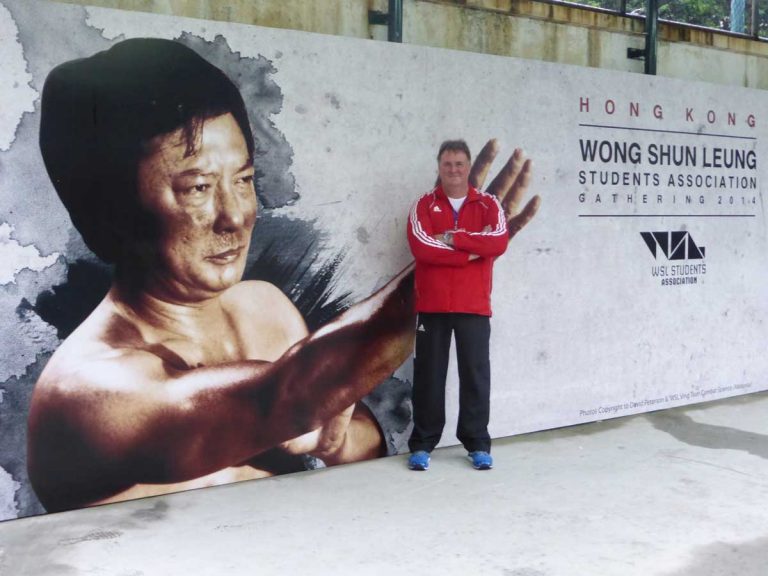